View basket “Independence Day – Laserdisc” has been added to your basket.
Sale!

Director: Roland EmmerichWriter: Dean Devlin, Roland EmmerichStars: Will Smith, Bill Pullman, Jeff GoldblumSummary: On July 2nd, communications systems worldwide are sent into chaos by a strange atmospheric interference. It is soon learned by the military that a number of enormous objects are on a collision course with Earth. At first thought to be meteors, they are later revealed to be gigantic spacecraft, piloted by a mysterious alien species. After attempts to communicate with the aliens go nowhere, David Levinson, an ex-scientist turned cable technician, discovers that the aliens are going to attack major points around the globe in less than a day. On July 3rd, the aliens all but obliterate New York, Los Angeles and Washington, as well as Paris, London, Houston and Moscow. The survivors set out in convoys towards Area 51, a strange government testing ground where it is rumored the military has a captured alien spacecraft of their own. The survivors devise a plan to fight back against the enslaving aliens, and July 4th becomes the day humanity will fight for its freedom. July 4th is their ... Written by Gustaf Molin <gumo@hem2.passagen.se> 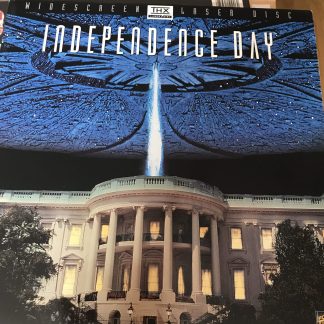